Login Register
With new technologies constantly rolling in, change for betterment becomes the need for the hour. India is a forefront leader in manufacturing industries and has seen a lot of passing techniques and technologies.
These technologies have given us the blessing of automation! Now you don’t need an army of labor forces to make work out of your assembly line, there are robots and machines who can do the same work efficiently and accurately.
Since its innovation, automation has widely spread out in the industries in every sector. With so many qualities, it would be unbalanced if it didn’t come with any flaws. There are also some cons of this technology, which keeps the scale leveled.

Here are some of the pros and cons of automation and the use of robotics:

The best things you could describe about robots and computers are that they perform exactly the way it is asked for. You could also instruct a human to do so, but there are chances that the output may not be the exact same as desired. Once the robots are programmed, they perform precisely and their work is much more predictable and quality variation can be avoided.
• Save money
That’s the main aim! Reduce costs and increase productivity. Robots can work 24×7 for you compared to a human. The cost of automation can be expensive at the start, but it’s an investment for the long run. You also wouldn’t require paying for its health insurances! 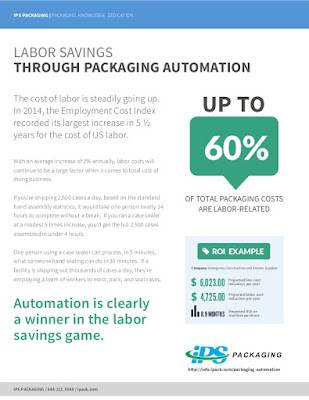 • Maximum productivity
As said above, machines will work 24×7 without asking for a rest. The speed at which a machine works reduces the production cycle of a product produced. This speed and consistency enable a unit to perform at maximum productivity.
• Increased safety
The risk of injuries and wounds to a worker while in production can be avoided. The safety of these machines has become much advanced and it can even prevent other workers from getting wounded. Machines also prove beneficial in the tasks which a human can’t do! Eg. Handling of molten metal, lifting of heavy weights etc.
• Leading to better products
With automation, the production processes have eased out, which have caused more inflow of goods in the market making it cheaper! This leads to healthy competition between the producers which ultimately provide the consumer with more choices and causes betterment of the nation in the form of increased productivity.

• Initial costs
Having said that it will work 24×7 once installed, it takes a great deal for that installation. Being costly is at its place, but the software and training of personnel required to handle these machines can be a headache.
• Working of the machines
Making these machines work requires a great amount of programming and for that a skilled programmer is required. There isn’t a scarcity of these programmers, but the numbers aren’t that great. Over that, the costs of these programmers are sky high which makes the working on these machines more expensive.
• Maintenance
Once installed and programmed, it wouldn’t only take electricity to work on. Take whatsoever machine, from your toaster to your car, it’ll require proper maintenance! Same applies to these machines. There is a need for a properly trained hardware and software maintenance team, which nurtures them from time to time. It happens many times that the machines are installed and aren’t taken care which sometimes causes assembly line failure or reduce productivity and efficiency.
• Decline in Employment
This can be said as the most adverse effect of automation. Since industrial revolution, industries were becoming a job haven. It would employ workforces of thousands and thousands. Automation flipped this scenario and many started to lose out their jobs to these robots. Even today, there are many areas where people are losing out on jobs because of these robots are taking their place.
Sometimes there isn’t a right or wrong, just like here. Whichever side you read, you think that’s the justifying one! Automation has made our lives easy but it also costs equally for the work it does!
Register at SolutionBuggy to find industrial low cost automation consultant / experts in quick time and get your projects done.
SolutionBuggy is an exclusive and dedicated platform for the Manufacturing Sector in India. It seamlessly bridges the gap between the industrial sector and professionals for on-demand consultation and services including projects. It connects SMEs and Large Scaled Industries with Industrial Consultants/ Experts and Industrial Product Suppliers over the internet for collaboration and success.
It is an integrated platform wherein industries can share their issues/ problems and post requirements; consultants/ experts can showcase their capabilities and offer services and solutions and suppliers can list their products to match the industry requirements.
Share

How India’s Exit from RCEP can Help the Domestic Manufacturing Industry?

One District One Product: A Game Changer in the Indian Manufacturing Industry

About the Author: Arjun N

Founder of SolutionBuggy who has about 11+ years of experience in manufacturing industries. An entrepreneur with astute sales and marketing skills.